A TALE OF TWO MOROCCAN CITIES 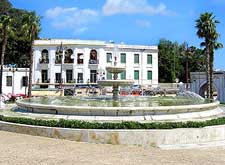 At the moment, visitors arriving in the Moroccan port city of Tangiers and wishing to head south by train to Casablanca need plenty of patience. At least six hours' worth of it to be precise. That's how long the train journey between the two cities can currently take. With the arrival of French President Nicholas Sarkozy in Morocco this week, however, that's all set to change.

The French President is in Morocco to launch the start of construction work on a new TGV high-speed rail link. When it's completed some time in 2015, it will be easier than ever to dine out in a Casablancan cafe or hunt the city's famous souk for hidden bargains.

Of course, it's a huge project. The rail link will cover some 350 km / 219-miles worth of track, and has a reported budget of billions of dollars. As you'd expect, it's not without its critics, who claim that the money could be best spent elsewhere in Morocco.

Whether or not the rail link offers value for money, there is one astonishing fact - it will transform a rather long-winded train journey into one that takes a much snappier two hours and ten minutes. This means that visitors can expect to arrive in the northern port city of Tangiers and still be in Casablanca in time for lunch. And, if plans to extend the rail link further south are eventually put into action, it may even be possible to make it to Marrakech for tea. 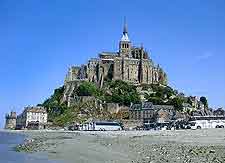 Somehow, Normandy has always passed by in a bit of a blur. Nothing personal, you understand. It's just that usually, we're heading through on the way to somewhere else - or, indeed, scuttling back home and usually running behind schedule. This year, though, we did things differently. We didn't by-pass this delightful part of Northern France, we stayed there. For a whole week.

As it turned out, a week just wasn't enough. The medieval town of Bayeux, with its half-timbered buildings and magnificent cathedral, provided plenty in the way of entertainment. As did the town's world-famous tapestry. A few gentle riverside walks later - interspersed with an equal number of crêpe-laden lunches - and time seemed to melt away at an alarming speed.

Of course, it's impossible to visit Normandy without sampling some of its 360 mile-long coastline, including those evocative World War Two beaches that were the site of the largest military landing in history. There are numerous museums dedicated to the events that took place there in June 1944. Sometimes, the smaller the museum, the more interesting it is. America Gold Beach Museum, situated in the tiny village of Ver sur Mer, is a good example. The kids were fascinated. Afterwards, we took a walk on the beach, trying to imagine what this now-tranquil place must have been like 60-odd years ago. Too chilly to swim, we paddled among the oyster beds that go towards supplying a quarter of France's oysters.

As final week of our holidays drew to a close, we wondered whether there was time for just one more museum. Or even a stop at another crêperie? Sadly not. Perhaps next year. 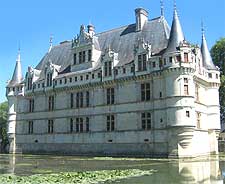 For me, there'll always be a part of France that is forever summer - the Loire Valley. Over the years, we've enjoyed numerous holidays in various towns and villages along the River Loire, all of which bring back happy memories of endless sunshine and verdant landscapes, not to mention the majestic river itself.

This year's trip, sadly, was minus the endless sunshine. In fact, rain clouds and weather that had a distinctly autumnal feel were the order of the day. Did that dampen our spirits? Well, perhaps a little. But it certainly didn't stop us from enjoying this rather wonderful land of chateaux and vineyards.

As in previous years, we still had to make that difficult choice as to which chateaux we had the time - and energy - to visit. After all, the Loire is home to vast numbers of these magnificent fairytale palaces and it's only possible to fit in a few in any one trip, we've discovered.

As we were based near the city of Angers, this year's choices included the Château du Brissac, a privately owned house that offers a guided tour followed by wine tasting in the cellar, and Saumur's restored medieval fortress. Finally, we enjoyed a soggy afternoon discovering the Château d'Angers, best known perhaps as the home of the splendid Apocalypse tapestry.

With a few chateaux under our belts, it was the kids' turn to select a couple of likely looking museums. We all enjoyed perusing the sculptures of David Angers, born in Angers in 1788, and whose works of art are on display at the city's Musée David d'Angers. For a complete contrast, we followed this up with a visit to the Musée des Blindes in Saumur. Sadly, my staying power was rather lacking, although this was probably just because of the sheer number of hours my family spent exploring this tank-filled war museum, rather than its contents.

Finally, with history and culture sorted, and at least one rather chilly trip to a open air swimming pool endured, all that was left to enjoy was a trip to a local market. We left with shopping bags bulging with the fruits of this very productive land, from goats cheese and honey to the most knobbly-looking vegetables you could ever hope to find. Next stop, Normandy ...