FANCY A TRIP TO THE FINAL FRONTIER? 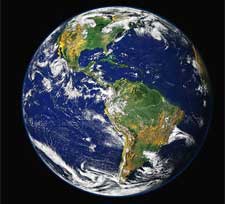 If you're a keen traveller, you may feel that you've seen it all, done it all. In that case, look skywards. Somewhere in the blue void, you just might find the ultimate holiday destination. Space tourism may seem a rather fanciful prospect, with little chance of it catching on. But then, that's what a lot of people thought when the first new-fangled airplanes took off, promising impossibly fast travel to exotic lands.

This week, Sir Richard Branson's Virgin Galactic company announced that it hoped to start its first space passenger flights in 2013. No promises were made as to an exact date; after all, space tourism isn't something you can rush. Personally, I'd prefer not to arrive at a half-built spaceport, or find a mechanic tinkering with the space rocket on the runway.

Space tourism isn't exactly a new idea. The first space tourist ticket was sold back in 2001 when a businessman paid a cool $20 million to take a break aboard the International Space Station. Branson's first tourists will pay considerably less for their space flight - somewhere in the region of $200,000 each. They'll also not make it quite so far, heading some 68 miles into the air, with around 5 minutes of weightlessness.

It may come as a surprise to find out that New Mexico's Spaceport America, where Virgin Galactic is based, isn't unique. Apparently, eight spaceports have been approved for construction in the USA. Just like airports today, they'll have gift shops and restaurants. And, no doubt, places where you can buy a good holiday read. Of course, you won't have time to actually read it - you'll be too far too busy looking out of the window.

Reading about the recent launch of a new British bus sleeper service has reminded me that, whilst daytime travel is fun, night time travel brings with it an extra touch of adventure. The new Megabus service, which will run between London and Glasgow, is definitely designed with tight budgets rather than luxury in mind. Still, there's nothing quite like waking up the next morning in a different city, with a half-decent sleep under your belt.

Whether you opt for an overnight bus or a sleeper train, there are very practical reasons for travelling overnight. There's the lack of a hotel bill for the night for a start. And, if you can manage to get to sleep, overnight services have the added benefit of covering a lot of distance at the same time.

Above all, overnight travel just seems so much more of a special event. You get to enjoy a real sense of anticipation. Something that's often lacking when you hop on a quick flight from one European city to another. There are all the sights and sounds of the train station, and the slight panic you feel when you wonder whether you're in the right place at the right time. Then there's the moment when you finally sink into your seat, the doors close, and you can enjoy watching the city disappearing slowly into the distance.

There is no shortage of opinion as to which are the best overnight journeys in Europe. The Orient-Express has to be the ultimate in iconic luxury, with its vintage compartments that hark back to the glory days of rail travel. ScotRail's Caledonian Sleeper, which whisks passengers to the remote Scottish Highlands in time for breakfast, is one of two British sleeper trains and a real gem for train enthusiasts. The Paris to Venice train is a close contender. So, too, is the Moscow to St. Petersburg Red Arrow service, which has been transporting visitors between the two Russian cities for nearly eighty years.

However, if scenery is your thing, then Norway's night train from Trondheim to the arctic wilderness of Bodo, via the wilderness of the Arctic Circle, might be just the ticket. Just try not to fall asleep too early, or you might miss out on all those mountains, waterfalls and wandering reindeer. Still, you can't have everything.

We've listened to you and added some further navigation to help you find your way around our ever-growing website. There are now continent buttons at the top of each page, so that you can jump to that section. Also, each of the city guides now displays links to the relevant country and continent as well, just above the main heading. I hope that these changes help to make World Guides all the more user-friendly. Please let us know if you have any constructive feedback - and how about writing some reviews? We'd love to hear all about your holiday experiences - good or bad. 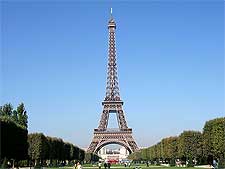 Let's face it, we all expect a lot of a holiday. No more so than one that involves a visit to that eternally romantic French capital city of Paris. It's almost impossible to avoid the stereotypes fed to us through the silver screen and in magazines, leading us to believe that we'll encounter Amelie-like women oozing style, famous writers sipping coffee and iconic art museums at every turn.

Sadly, for some the reality doesn't live up to the dream. Instead, they're more likely to be overwhelmed by the sheer volume of traffic seemingly moving at random through the city and the babble of voices in a language that can often seem inpenetrable, even after some basic vacation language tuition. The culture shock experienced by some holidaymakers in Paris is so common it's actually gained its own terminology - Paris Syndrome. Japanese tourists, it seems, are the most vulnerable to the condition, with several falling victim every year.

Of course, it's not just Paris where you're at risk of falling prey to reality. We've all been on holiday to somewhere that's failed on the weather/hotel/cleanliness/friendliness front, after all. And whilst there's no cure for destination disillusionment, a little advance preparation can work wonders. Reading holiday guides and checking out reviews of other people's experiences before you get off the plane can help to avoid holiday dreams turning into holiday nightmares. 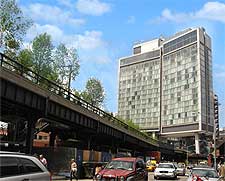 When the last train ran on New York's High Line in 1980, this iconic structure could so easily have been consigned to the dust heap. Once the transport hub of the city, the glory days of the elevated railroad had finally come to an end. In fact, sections of the railroad had already been demolished and, to all intents and purposes, this looked like the fate that would await the rest of the structure. Thankfully, though, two men intervened, saving the High Line from destruction, and opening it up for the enjoyment of New York's residents and tourists.

Those two men were neighbourhood residents, Joshua David and Robert Hammond. By founding the Friends of the High Line, they helped to take the railroad well and truly into the 21st century. When it was built back in the 1930s, it was originally used to carry goods to the factories and vast warehouses on New York's West Side. Today, the High Line is an extraordinary public park that covers almost 1.5 miles / 2 km of rail track and runs straight over Manhattan.

You'd be surprise what you can do with a defunct railroad. For a starter, this 'Park in the Sky', as it's been dubbed, makes a pretty good place for escaping the hustle and bustle of the city below. It's a green haven that metaphorically lifts you up and away from the buzz of Manhattan. Once you're up there, you can head out for a pleasant afternoon stroll or enjoy a picnic lunch with friends. Or you could just sit down and enjoy the amazing views over the Hudson River and the city's memorable skyline.

The park is rapidly becoming a cultural hub for the city too. Visitors to New York can find out more about the High Line on a walking tour, although you have to be pretty quick off the mark if you've a hope of reserving a place. There are also free open-air cinema screenings and talks on subjects ranging from the history of the High Line, to landscape design and urban planning. It's even possible to learn a whole lot of new gardening skills from the High Line gardeners themselves. For one night at the end of this month, it'll be possible to gather with friends for high-rise sunset cocktails and hors d'oeuvres.

It seems that urban relics really can become tourist havens. Look out for green high-rise structures appearing in other US cities soon.