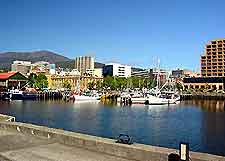 As someone who likes a nice bit of sunshine and warm weather, I'm totally in awe of those hardy souls who venture into some of the chilliest environments on the planet. In particular, I'm fascinated by stories of the explorers of yesteryear; the ones who did all that venturing without even a scrap of modern clothing or piece of technical equipment.

So it was with interest this week that I read about an explorer called Douglas Mawson. Although I'm familiar with the likes of Shackleton and Scott - names that have gone down in the history of exploration - Mawson had so far escaped my notice. A hundred years ago almost to the day, the Australian polar explorer returned home to a hero's welcome. He'd spent almost two years doing battle with the elements in East Antarctica. During that fateful expedition, two of his colleagues died - Mawson himself only just made it back. He missed the ship by a hair's breadth and had to hang around at base camp for another year until it returned.

Mawson didn't do any dramatic flag-planting, which perhaps explains why he's remained in the shadows as far as fame and glory are concerned. What he did do was make some quite important scientific discoveries in the fields of geology and meteorology. His expedition was the first to use the radio in the Antarctic. He transmitted weather forecasts back to Melbourne every day for two years.

Modern-day explorers can still see Mawson's huts at Cape Denison on Commonwealth Way, although a long boat journey and trek across the ice are required. The huts were built in 1912 and housed the expedition members. In 2005, they were added to Australia's National Heritage List. Preserved amidst the ice, Australia's first polar base camp offers a fascinating snapshot of an explorer's daily life a century ago. Thankfully, for the less adventurous, there is good news. Last year, the Australian government announced funding to build a full-scale replica on the much more accessible Hobart waterfront in Tasmania.


REASONS TO GET EXCITED ABOUT SNOW 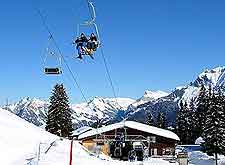 Two things are known to get ski and snowboard enthusiasts reaching for their wax: great snow and a healthy dose of inspiration.

Over the past few weeks, there is been plenty of the latter, with the world's best winter sportsmen and women throwing themselves down vertiginous mountains in a variety of spectacular ways. Even non-skiers might find themselves wanting to have a go. As for the snow, well that is looking pretty good, too. When it comes to the late-season snow situation, reports show that Italy and the French Alps are out in front.

Italy has enjoyed - and is still enjoying - a superb ski season. Recent heavy snowfall has meant that, as far as snow statistics go, Cortina in the Dolomites is looking particularly impressive, as is Cervinia on the Swiss border. So too are the French Alps where the snow is deep and fresh and even enough to satisfy the most demanding of winter sports enthusiast. That is particularly the case for southern Alpine resorts, such as Serre Chevalier. Austria's St. Anton resort is worthy of a mention, as is Switzerland's Zermatt. 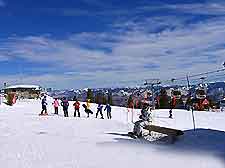 On the other side of the Atlantic, Colorado is also looking good, with recent snowfall adding to the number of powder days on the skiing calendar. As for Canada, well, in the past few weeks, massive snow dumps and forecasts for sunshine all add up to excellent conditions.

Even the highlands of Scotland, where blue sky is not quite so much in evidence, are enjoying record-breaking amounts of snow. In fact, the only place where skiers might find themselves disappointed seems to be Eastern Europe.

Which all adds up to the fact that it is not too late to head out and emulate your Olympic heroes. Pick your resort carefully and keep a close eye on snow depths, and late-season skiing has plenty to offer, including more sunshine, cheaper deals and fewer people on the slopes.


IN SEARCH OF THE WINTER SUN 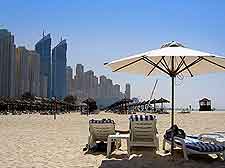 It is usually at this time of the year that thoughts turn to sunnier climes. Here, in the south-west of England, it is been a particularly wet and wild winter, which may explain why my desire to search for the sun is stronger than ever. A weekend of sunshine would be nice, but if I'm being honest, just a glimpse would be much appreciated. Which set me to thinking about where you are most likely to find the most sun-kissed spots in the world.

Apparently, Yuma in western Arizona ranks as the sunniest place in the world, with over 4,000 sunshine hours a year. It is closely followed by nearby Phoenix, the gateway to the Grand Canyon, which gets an enviable 3,800-odd hours. Little wonder it is a popular hangout for anyone wanting to escape the chilly northern winters. Redding in California isn't far behind, which is rather appropriate, bearing in mind it is reputed to have one of the biggest sundials in the world.

Other seriously sunny places include Dubai. This Middle Eastern city gets almost 3,500 hours of sunshine a year. In the height of summer, temperatures can reach extremes that drive most people into its famous air conditioned high rise buildings. In the winter, however, it is much easier to get out and about to enjoy such desert activities as camel racing and sand boarding.

Heading down under might take involve a long journey, but at least you are assured of a hot and sunny Australian summer when you get there. At this time of year, temperatures can top the 100°C mark. At Alice Creek in the Northern Territory, the outback sizzles with an average of 145 sunny days a year.

Closer to home, Aswan in the south of Egypt has been a favourite winter resort for almost two centuries. With as much as ten hours of sunshine every day, it is the perfect place to stroll along the banks of the Nile, watch the sailing boats go by and take in the fact that you are not battling with the wind and rain back home.


HOTELS - WHAT MAKES A GOOD ONE? 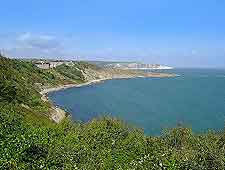 Last weekend, I enjoyed a spa weekend in a hotel on the Dorset coast of England. The hotel has been welcoming guests for years; consequently, it has an air of slightly faded charm. To be frank, I've stayed in swisher hotels. At the end of the weekend, though, I had already made up my mind that I'd like to go back, perhaps in the summer. Which got me to thinking. What exactly makes a good hotel?

One thing is for certain; your choice of accommodation is one of the most critical factors for having a good holiday. For me, location really matters. On a seaside retreat, for example, you obviously want to be close to the water. Here, my Dorset retreat came into its own. Situated right on the beach, you could watch the waves dramatically crashing onto the sands without stirring from your restaurant seat. In the morning, it was possible to head straight from room to beach without having to set foot on the road.

My room was good value, too. At this time of year, it is fairly easy to get special deals. In my book, discounts like these can make the difference between having an enjoyable break and one that isn't quite so fun because you are having to watch the pennies.

In my opinion, though, there is one element of a hotel stay that is essential - a warm welcome. Without it, it doesn't matter where your hotel is or what it offers. Good service is paramount. And that is what my Dorset hotel offered in abundance. Staff were friendly; they catered for my odd dietary requirements without blinking an eyelid. I felt very well looked after. And for me, that is what makes all the difference.