GOING THE DISTANCE (AND THEN SOME) 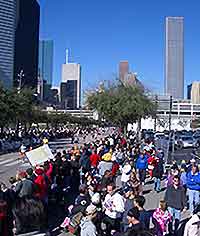 There was a time when running a marathon was enough for anyone. The trend for marathon running began with the first London Marathon in 1981. It sparked off a trend for ordinary men and women to don track suits and trainers, and pound the streets of Britain. These days, the craze for marathon running hasn't abated. Far from it. What has changed, though, is that for a growing number of runners, the proverbial 26-odd miles isn't seen as a big enough challenge. What they really want is to run further - much further.

For those who have got a few marathons under their belts, ultramarathons are the next logical step. Ultramarathon races can last for days. Often, they involve crossing rugged terrain. More to the point, they can involve distances of 100 miles or more. Among the most famous ultramarathons is the Badwater in Southern California, which involves 135 road miles and a trip through Death Valley. Then there is the legendary Marathon des Sables, where runners have to negotiate 151 miles of African desert and dunes over several gruelling days.

It goes without saying that these sorts of events are not to be undertaken lightly. And yet, in the last few years, their popularity has grown beyond all expectations, both in Europe and in the USA, with Houston's annual marathon race being a particular highlight for many a runner. According to recent studies, the biggest changes are an increase in female participation and the age of those who sign up to take part. Whilst you would expect ultramarathon racing to be a young man's sport, it couldn't be further from the truth. The majority of people who take part are actually in their 40s, male and female.

These days, ultramarathon runners don't have to look too hard for a race that takes their fancy. New races are springing up each year. That said, a few are on most runners' bucket lists, no matter how far away. The coldest? The Antarctic 100k Ultra Race, of course. The toughest? Perhaps that accolade should go to the Barkley Marathons in Tennessee, where runners (usually a small band of a couple of dozen or so) attempt to run 100 miles in less than 60 hours, climbing nearly 60,000 feet in the process. For the less ambitious, there is a 60-mile 'fun run'.


TRAVELLING BACK IN TIME 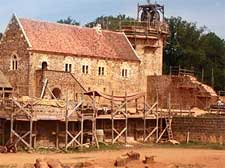 Suggest to the kids that you are going to spend the day at a nearby historic monument and you will probably detect some reluctance. Mention to them that this is no ordinary monument - it is a medieval castle with plenty of opportunities for wooden sword waving - and they might not moan too much. Tell them that the castle actually hasn't been built yet - that they'll be able to see medieval-style pulley systems in action - and you will have them piling into the car without more ado.

Living history projects like the one currently being worked on at Guédelon in the French region of Burgundy can't fail to capture the imagination, however old you are. Begun in 1997 by the owner of a nearby chateau, the project has grown in popularity. Today, the castle is a booming tourist attraction, as well as a serious history project. Last year, it attracted around 300,000 people.

What is so unusual about this project is that, beyond the site's boundaries it is 2014. Within the castle walls, however, it is strictly the 13th century. Men and women wander around the place dressed in medieval costume. Carpenters go about their business, along with weavers, potters and stonemasons. Horses pull carts. The Tavern even offers medieval fare for those who want to test historical accuracy in all its forms - some tasty, some probably not. If some historic monuments come across as a bit static, this isn't a criticism you can level at Guédelon.

The site has now closed to the public for the winter, but if you happen to be wondering where to head for your holidays next spring, you could do worse than to venture into a certain Burgundian forest and take a journey back in time. And yes, should the kids ask, there is a well-stocked shop selling souvenirs.


FOLLOWING IN THE FOOTSTEPS OF SOLDIERS 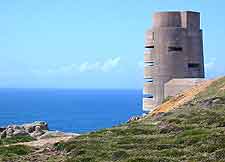 I've long been aware that my grandfather fought in the First World War. Until this year, however, I didn't know that at, some point, he was captured and taken to Austria, where he spent the rest of the war years as a prisoner. He died relatively young and never talked about his experiences. Naturally, I want to find out more.

I'm not alone. Thousands of people each year head to the First World War sites of northern France and Belgium to walk in the footsteps of their relatives, many of whom didn't come home. They want to find out where they fought their final battles or simply discover more about the sort of life they led both in and out of the trenches. On the island of Jersey, the former underground hospital now known as the War Tunnels are certainly memorable and quite unmissable, as are the many remaining coastal fortifications.

This year, with the centenary commemorations of the First World War, there is been an even greater surge of interest in the battlefields of Ypres Salient, Flanders, Artois and the Somme. Bookings for guided tours are up; so too are hotel reservations for those who have chosen to go it alone. Carrying out my own research, one thing has become abundantly clear. To get the most out of your trip, you need to do a lot of careful planning.

Perhaps the best piece of advice I've come across to date is to make sure you have a focus for your trip, whether, like me, it is to find out more about a relative who fought there, or even to search out the history of a local regiment. Once you've done that, it is best to be as specific as you can so that you don't try to cover too big an area. With that in mind, I've already found out that my grandfather's battalion of the Royal Inniskilling Fusiliers was in France in 1916. And that they fought in the Somme at the battles of Guillemont and Ginchy. It is not much, but at least it is a start. 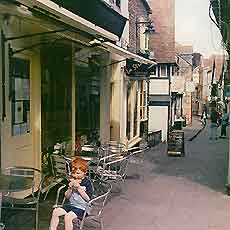 I always think that you can tell a lot about a town from its cafés. A proliferation of Costa Coffee and Starbucks branches generally points to a high street full of chain stores and big name brands. They might be good for bagging a bargain, but they don't offer much in the way of diversity. On the other hand, a generous sprinkling of independent cafés is, I always think, a good sign. They're a welcome sight if, like me, you prefer something different on your high street.

Take the Somerset town of Frome, which is home to half a dozen or so independent cafés - far more than you would think a small market town could possibly sustain. It is fair to say that each has its own identity. When I'm in town, I'll generally rotate between them, depending on the sort of mood I'm in. Paccamora at the top of Catherine Hill offers a real taste of Sicily along with its coffee. La Strada is at the heart of the town and a great place to meet up with friends. The Garden Café is perfect for al fresco coffee-and-cake breaks when the sun shines. I could go on, but you get the picture.

Round and about Britain, there are, I'm sure, lots of towns like Frome that are hanging onto their cafés-with-character with a sort of dogged determination. And the same could be said of villages, too. I'm thinking here of the quintessentially Somerset village of Mells, just a few miles from Frome. If I'm in a mood for a country walk, I'll don boots for an hour or so and then indoors for a piece of cake and a cup of tea. The café is usually packed. Hikers rub shoulders with cyclists and locals picking up their groceries in the post office shop next door. To my mind, it is all that café culture should be.