HURRICANE IRENE ON THE MOVE 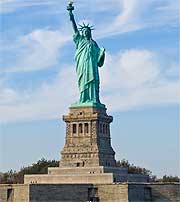 The East Coast of the United States braced itself for the arrival of hurricane Irene yesterday and she certainly made herself known. So far, several deaths have been reported in the state of North Carolina, with some serious flooding arriving here, along with both Maryland and Virginia. With in excess of two million people currently without power in the state of Virginia, and a further 250,000 with no electricity in North Carolina and South Carolina, the devastation is clear.

Twisters have been reported in several locations around Delaware and Maryland, and now Irene is headed for the Big Apple, with the streets of New York being eerily quiet following tornado warnings.

Residents of low-lying areas of New York have been strongly advised to evacuate, particularly around Brooklyn, Manhattan, Queens and also Staten Island. The hurricane is forecast to keep heading southwards along the coast. Understandably, literally thousands of domestic and international flights have been cancelled, causing havoc to travel plans and stranding passengers at many US airports. It looks like it will be a long time until things return to normal.


HOW SAFE IS YOUR HOLIDAY? 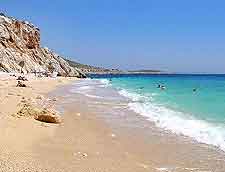 This year literally thousands of potential holidaymakers have suffered a huge disappointment when their summer holidays have been lost, due to the collapse of leading UK holiday firms, such as Holidays4U. Even worse, almost 15,000 people have been stranded abroad, many in Turkey, struggling to get home after their flights (part of their paid-up package holidays) were cancelled, probably while they were sunbathing on the beach or relaxing in the hotel pool!

Knock-on effects are expected and many travellers are now worried that they will have lost all of their money. However, the Air Travel Organisers' Licensing Scheme - ATOL (overseen by the Civil Aviation Authority - CAA) was set up by the government in order to protect those who have lost their holiday and money. It may well be possible to obtain refunds, especially if you booked a protected holiday or through a protected agent. If you are one of the estimated 50,000 people who have had their holiday cancelled, do speak to your travel agent or tour operator about making a claim. Although that's not going to make up for a summer family holiday, planned for months and cancelled at the last minute, at least there's a chance to get some of your money back. Worth noting, those who booked a package deal, rather than individually booking the separate elements (flight, hotel and rental car) should find it more straightforward to make an ATOL claim for a refund. Good luck if it's you!