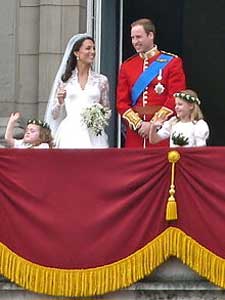 With more than two billion people all over the world watching the highly televised wedding of Prince William and Catherine Middleton, as expected, this royal wedding turned out to be quite an event.

The much-debated weather stayed fine and allowed Prince William and Catherine Middleton, now the Duke and Duchess of Cambridge, to ride from Westminster Abbey to Buckingham Palace in an open-top carriage, much to the delight of the many thousands of cheering onlookers lining the route.

Accommodation in London this week has understandably been at quite a premium, with city hotels soon becoming full, even after hiking their rates substantially. It was interesting to hear that many of the locals chose to cash in on the royal wedding and the subsequent demand for rooms by renting out spare bedrooms. Watched by the entire world, London itself appeared regal, with this massive and iconic event seeming to take place without a hitch. The wedding planners can now enjoy a sigh of relief and the city can return to normality, that is, until the Olympic Games next year! 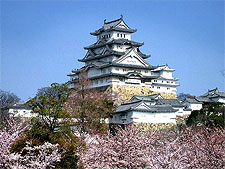 This is the time of year when visitors to Japan can usually expect to enjoy a host of springtime delights. These invariably include 'Sakura Matsuri', the famous cherry blossom festival that is traditionally celebrated with much enthusiasm throughout the country. This year, though, things will be different.

Further earth tremors in recent days, together with the lingering consequences of the tsunami and ongoing nuclear disaster at Fukushima are adding to the crisis that has beset Japan since 11th March, causing visitors in their droves to abandon holiday plans.

With some international embassies advising travellers to avoid Japan as a whole, Japanese tourist authorities admit that relief efforts must, quite rightly, take priority. However, they are keen to let the world know, that outside the stricken north-east of the country, it is considered that there are no immediate health risks to visitors.

Many of the planned cherry blossom parties that go hand-in-hand with this festival have already been cancelled out of respect for those affected by the catastrophic events. Nevertheless, in places like Tokyo, the cherry blossoms still make for a stunning sight. Canopies of pink and white blossoms festoon city pavements and park paths, bringing hope that by next spring life will have returned to normal, with visitors arriving in their thousands to enjoy the spectacle.


VISITING THE LAND OF VOLCANOES 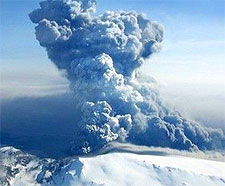 It's one year on from the aviation chaos that ensued when Eyjafjallajokull, a volcano in Iceland, erupted in spectacular style. If you happened to be one of the unlucky thousands who ended up paying an impromptu visit to some far-flung airport or bus station, then it could take a while to get over the experience. Add in reports of increased seismic activity for Iceland's second largest volcano in recent weeks and you might be forgiven for choosing to leave Iceland off your list of potential holiday destinations for 2011.

Which would be a shame, because there is another, much more positive side to this story which continues to rumble on. Experts are keen to point out that the risk of volcanic activity is part of daily life in Iceland, with four or five eruptions occurring every year. Most of the time, seismic activity goes relatively unnoticed. In short, volcanoes are part of the Icelandic landscape.

And that surely is part of the country's charm. Visions of Iceland as nothing but a chilly and expensive place to visit are gradually giving way to those in which Iceland is a place chock full of natural wonders. Hire a four-wheel drive vehicle or take a tour and you can cruise past any number of geysers, waterfalls, fjords, lava fields and black sand beaches. You can also while away vast chunks of your holiday reclining in geothermal pools. And if you feel the need to visit a large city and enjoy the night life and shops that come with it, then Iceland's capital of Reykjavik might just do the job. Chilly it might be on occasions, but dark it most certainly isn't. During the summer, the sun never really sets in the north of the island.

There are plenty of reasons why this year might just be a good time to visit. Compared to the increasingly expensive Eurozone, Iceland might not seem quite such a bad deal after all, thanks to Iceland's financial collapse three years ago. Choose an out-of-season holiday and it becomes even more affordable. Iceland is no longer a tricky place to reach, with more and more airlines laying on services from Europe and the States.

In fact, it's safe to say that the eruption of an unpronounceable volcano last year has succeeded in putting Iceland on the map. It's no longer just an island somewhere in the region of the North Pole; Iceland has become a holiday destination that you'd be mad to ignore.

We have finally started a blog for our site. Thanks for all of your support. We are working really hard to keep everything up-to-date and accurate, and so please let us know if you spot anything that needs updating in any way, or if you have anything that you would like to share with us / contribute. More than three milliion people now read our travel guides each month, and that makes all of the hard work and time more than worth it. Please keep reading, and enjoy the new blog!