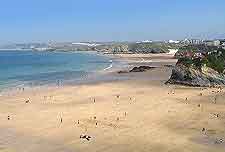 Next time you are passing through St. Pancras Station in London, spare a thought for the late Sir John Betjeman. A poet by trade, he's also credited with having saved this famous landmark from almost certain destruction. His passion for saving old buildings is matched in equal measure by his life-long devotion to the south-west of England - more specifically, Cornwall. This week marks the thirtieth anniversary of Betjeman's death, sparking interest not just in the buildings he saved, but also some of his favourite Cornish haunts.

If you fancy embarking on a Betjeman-inspired literary trail, St. Endodoc Church, where the poet was buried, is as good a starting place as any. Widely regarded as one of the top things to see in Cornwall, it inhabits a surprisingly remote part of the countryside. In fact, this tiny church seems to be set down in the middle of nowhere. Needless to say, a bit of a hike is required; you can even follow the 'Sir John Betjeman Walk'. Once you are there, however, you can see exactly why Betjeman was so enchanted by this tiny church.

Betjeman spent some of his childhood holidays at Trebetherick, near Polzeath. As a young boy, he apparently whiled many a happy hour on his trusty bicycle, inspecting Cornwall's many churches. In 1959, he bought a house there, where he finally died in May, 1984. Local places and landscapes pepper his poems. 'Seaside Golf' was said to have been inspired by the fact that his house overlooked the St. Enedoc Golf Club. 'Trebetherick' is a poem about St. Enedoc's, the church he loved so much. He was also very partial to the seaside village of Port Isaac, with its whitewashed cottages, and he marvelled at at the bleakness of Bodmin Moor's landscape. Later, he went onto to extol the virtues of northern Cornwall using the power of TV.

Betjeman enthusiasts wanting to find out more can complete their literary tour with a trip to the old railway station at Wadebridge. On his first visits to Cornwall, Betjeman would have arrived at Wadebridge from London Waterloo and been met by a horse and cart. Sadly, the last train puffed its way out of the station in 1967. The station building fell into dereliction, before it was saved and transformed into a small museum, the John Betjeman Centre - something, no doubt, that the great man himself would have appreciated.


A DUSTING OF post-FESTIVAL GLITTER 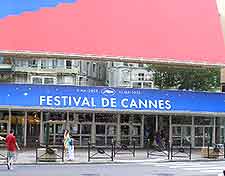 If you are planning to visit Cannes in the next week or so, you are probably not going to have a relaxing, uneventful holiday. The southern French seaside resort is currently bathing in the media spotlight of the Cannes Film Festival. Red carpets abound, as do celebrity parties. Far better to wait until all those movie stars, directors and ardent film fans have packed their designer suitcases and been chauffeur-driven to the airport. Then you can revel in all that French Riviera glamour, only without the hassle.

In many respects, the everyday version of Cannes is pretty much like any other resort on this stretch of French coast. There are palm trees - and plenty of them - and there is the azure blue sea to admire from its golden beaches. Expensive hotels are de rigeur, as are chic boutique shops where you can fritter away your hard-earned holiday cash in no time at all. Even after the Festival has packed up and gone away, there is always a little bit of glitter that dusts the town for the rest of the year.

But there is another side to Cannes, which to my mind is far more appealing. Perched on a hill and lined with restaurants, the old town has a medieval quaintness that is worth a visit. So too is the La Croix-des-Garde, with its magnificent villas. Few can resist the nearby island of Sainte Marguérite, which is said to have once housed the infamous Man in the Iron Mask.

True, Cannes is smaller than neighbouring Nice and doesn't have too many other tourist attractions. But then, who needs them when you can spend the day drinking 'café' or enjoying a stroll along La Croisette, watching the folk of Cannes - glamorous or otherwise - go by.


DISCOVERING THE SPIRIT OF A PLACE 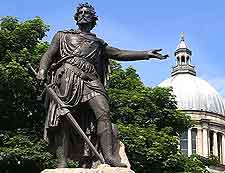 If you want to lose yourself in a place without leaving the comfort of your own home, then you can't go far wrong with a good book. All sorts of books can bring a place to life, whether they are works of fiction, non-fiction or even collections of poems. For the past 11 years, the RSL Ondaatje Prize has sought out the most distinguished works of literature that 'evoke the spirit of a place'. This week, a shortlist of six books was announced. Whilst for some of them, that 'spirit' emanates from a far-flung corner of the world, geographically speaking, others stay much closer to home.

Two of the six books do indeed take us far, far away. 'The Blind Man's Garden' by Nadeem Aslam is a story of Pakistan and Afghanistan in the months that follow 9 / 11. It is about frontier life, which is unforgiving at the best of times, and is marked by conflict. Meanwhile, Mark Dapin's 'Spirit House' evokes two distant destinations - Sydney's Bondi Beach and the Burma Railway - at two very different times in the world's history.

Two others take us to Aberdeen and London. British politician Alan Johnson's 'This Boy' remembers the capital through the eyes of a child. It evokes a poverty-stricken side of the city that existed not that long ago. Esther Woolfson's 'Field Notes from a Hidden City' takes a walk on Aberdeen's wild side to unearth the rhythms of city wildlife and the natural world in general.

The final two also feature the natural world. Patrick Barkham's 'Badgerlands' has as its main character that stalwart, but controversial, animal figure of the British countryside, the badger. Tim Dee's 'Four, Fields' takes us all the way from the bogginess of the English Fens to the fields of Zambia and Ukraine, and the prairie fields of Little Bighorn in Montana in the USA. Animals appear alongside people, geography alongside science and history. What all four fields have in common is that they are unfrequented places that remind us of a natural world that for many of us, lies half forgotten in our minds. 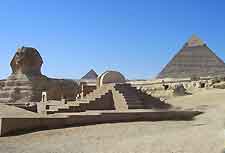 Earlier this week, a new Egyptian tomb was opened to the public. This wasn't some amazing new discovery of an ancient monument. Quite the contrary. It was a fresh-from-the-makers sort of tomb. One that aimed to lovingly recreate the 3,245 year-old burial chambers inhabited by the Egyptian boy-king, using a whole lot of 21st-century 3D technology.

When I read about the replica tomb, I have to admit I was rather disappointed. I've never been a fan of 'reproduction' tourist experiences, mainly because I think they lack that vital link with the past. Surely, I thought, this was just another 'visitor experience' that was well-founded, but - at the end of the day - probably not terribly well executed.

I fully expected visitors' reports to echo my own thoughts. Surprisingly, though, most of them didn't. Instead, they emphasised the fact that, although the tomb is in the West Bank of Luxor, a mile or so from the original site, the replica is indeed an exact copy. Whilst there is mention of it not having quite the same atmosphere, there is also praise for being able to get close up and personal with all that history, without any annoying plastic barriers or screens to get in the way.

If Tutankhamun's replica tomb does go down a storm with the millions of tourists who visit Egypt's ancient monuments, then it bodes well for the future of cultural tourism. Other tombs may get the replica makeover treatment, helping to preserve Egypt's increasingly fragile Valley of the Kings for generations to come. The new tomb may even be a sign of how we can, at last, come to some sort of compromise. At last, there may be a way to combine mass tourism, with its enthusiasm for all-things ancient, with conservation in some of the most vulnerable parts of the world.