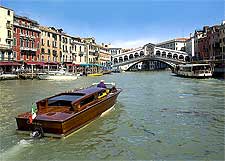 I last visited Venice in 1983. It was part of a pre-university holiday that took me by train all over Europe. Venice was supposed to be a quick stop-off, a chance to get my breath before the trip into Yugoslavia and Greece. Instead, although, I lingered for a few weeks. Despite warnings that the city wafted a certain odour during the warmer months and that its charms had become somewhat faded, I was fascinated. Above all, I enjoyed spending long summer days getting lost in its maze of narrow alleys, piazzas and canals. Most years since, I've wondered whether I can justify another Italian adventure.

Then, this week, the BBC reported that Italian budget cuts may threaten the city's ongoing restoration projects. It made me wonder whether I shouldn't get my act together sooner rather than later and pay it another visit. Certainly, Venice's battles with the water that surrounds it are never ending. For years, repairs have been carried out to hold back the tide and preserve some of Italy's finest buildings. It must seem like a never-ending battle.

Thankfully, the new flood defence system being developed appears to have escaped the budget cuts. In 2008, the city suffered a devastating flood. It was the worst in 20 years and it left much of Venice waterlogged - along with such historic landmarks as St. Mark's Square.

Whether it's the threat of austerity measures or the vagaries of the weather, I'm reminded that since my last visit, Venice is still remarkably vulnerable.


A DICKENS OF A WEEK 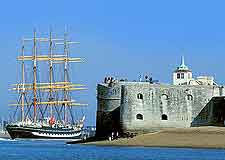 This week we've been well and truly struck by Dickens fever. Few can have failed to notice that it's been the 200th anniversary of the birth of Charles Dickens. The famous Victorian author penned such bestsellers as 'Bleak House' and 'Oliver Twist'.

Celebrations here in the UK have included events put on by towns connected with Dickens in some way. Portsmouth, the place of his birth, held street theatre and other festivities in his honour. At London's Westminster Abbey, a wreath was laid in Poets' Corner where he's buried. Meanwhile, Brighton arranged for the unveiling of a plaque this week on the site of the former Bedford Hotel, where Dickens is said to have often stayed.

It seems that we're not alone in wanting to commemorate the life of a man who left us with so many classic tales. This year, Dickens will form a major part of literary festivals all over the world, from Azerbaijan to Zimbabwe. The British Council is working with more than 50 countries to stage celebratory events. There's even been a 24-hour 'read-athon' in which 24 countries took part. Australia kicked off the proceedings with 'Dombey and Son, and the United Arab Emirates drew the event to a close with an excerpt from 'The Mystery of Edwin Drood', Dicken's final unfinished novel.

My own bicentenary celebrations have included reading 'The Old Curiosity Shop', which offers a gripping account of the trials and tribulations of Little Nell and her gambling grandfather as they wander the 19th-century English countryside. I raced through the final pages, desperate to find out the fate of the unfortunate Nell. So too, apparently, did its original readers. When the last installment of the story arrived off the ship in New York in 1841, it was eagerly awaited by crowds who could barely wait another minute to find out Little Nell's fate. I know just how they felt. 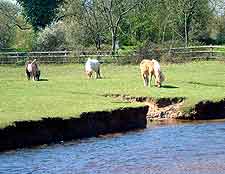 With winter in full force in the UK, it's easy to start dreaming about warmer climes - or of shutting yourself in of an evening with a box of chocolates and a request to be woken only when the first daffodil pokes through the frozen ground. Last weekend, although, I discovered an altogether more acceptable way of beating the winter blues. I don't know what took me so long.

Apparently, a spa weekend was all that I needed to recharge the old batteries, or at least revive them enough to last another month or two and the arrival of warmth and sunshine. I didn't have to go far to do it either - just down the road to the New Forest in deepest Dorset. In between floating around in the hydrotherapy pool and popping in and out of the sauna and steam rooms, I enjoyed some bracing walks along the beach. There was even to squeeze in a gentle beach workout before breakfast. I also enjoyed the fact that the children were being looked after by their dad, who was experiencing his very first 'learn to cook on my own' weekend.

Now that I've been bitten by the spa bug, I can see the advantages of travelling further afield. Winter spa break options are, it seems, practically limitless. They can take you anywhere from snowy forests to historic cities. There are the traditional Scandinavian versions, complete with icy plunge pools and very uplifting treatments. Iceland, of course, is blessed with its very own thermal geothermal pools that use fresh mountain water.

In January and February, you stand a reasonably good chance of spotting the Aurora Borealis at the same time. When it comes to historic city spas, you can't get much more ancient than the Rudas Thermal Bath in Hungary's capital, Budapest. It's thought to date back to Turkish bathing facilities that were first built in the city in the 16th century. For a no-nonsense spa without the frills, it has to be Kalma Saun, the first public spa in Tallinn. Built in the 1920s, it claims to offer that authentic Estonian experience.

Yes, chilling out this winter has definitely taken on a whole new meaning.