WHAT'S NEW WITH US?

Well, we've been working hard on a series of unusual travel guides, concentrating on some of the smaller and lesser-known state capitals of America - 26 cities in total. They are finally complete and have just been made live, so if you have some time and fancy an interesting read, here they are. We believe that these are probably the best and most detailed city guides of their kind for these particular destinations. Let us know what you think:


RUNNING A RELAY ROUND THE WORLD 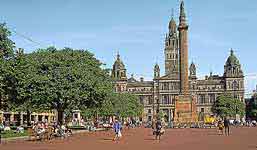 With London 2012 now little more than a distant memory, armchair sports fans at last have something to get excited about. Glasgow 2014 - the next staging of the Commonwealth Games - is just round the corner, which means we can look forward once again to hours of entertainment on the track and field, and in the swimming pool.

Even closer than the Games themselves, though, is the Queen's Baton Relay. Unlike it is better-publicised cousin, the Olympic Torch Relay, the Queen's Baton gets remarkably little attention. In fact, I hadn't even heard of it before, even though, by all accounts, it is preceded Commonwealth athletic endeavours for the past 50-odd years.

The baton has already made an impressive tour of the world. It left Buckingham Palace in London at the beginning of October, heading for a whole host of Asian countries, including India, Bangladesh and Pakistan. This week, it bade the Maldives goodbye before travelling on to Singapore. Next week, it is the turn of Brunei Darussalam. From there, the baton route will move into its Oceania phase, taking in the sights of New Zealand and the like, before travelling the length and breadth of Africa, and through Latin America, North America and Europe. It finally reaches Scottish soil on 14th June, 2014. By the time it gets to Glasgow, the baton will have paid a visit to 70 Commonwealth countries and territories.

Unlike the Olympic torch, with its multiple copies, there is only one Queen's Baton. Let's hope that it is up to such an epic journey. 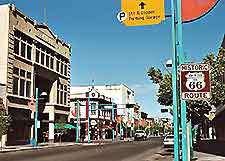 When it comes to iconic American highways, Route 66 is up there with the best. So too is Route 1, a scenic route round the town of Big Sur. Others have sadly all but faded from public memory. This month, though, one of the most historic drives in America climbs out of the shadows to celebrate a special anniversary. It is a hundred years since the Lincoln Highway officially opened to vehicles.

The Lincoln Highway might not be a household name, but it happens to be the first fully fledged coast-to-coast road across America. Pioneering 20th-century motorists could set off from Times Square in New York City and drive right through to San Francisco's Lincoln Park without having to deviate from its 3,400 miles of paved road.

Of course, in those days, you would be looking at a 20 to 30-day road trip to get from one side of America to the other. That is assuming you could maintain a heady 18 miles an hour all day long. You also had to make sure you filled up at one of the few petrol pumps en route. Breakdowns were sheer bad luck. Drivers were expected to carry everything from inner tubes and tyres to shovels and camping equipment.

Since then, the Lincoln Highway has featured in dozens of books, films and songs. Adjustments to the route have been made over the years. Today, parts of US routes 30, 40, 50 and I-80 follow portions of the old road across the country.

Centenary celebrations this year have already included an anniversary tour. In June, an assortment of 140 cars, vintage vehicle, hot rods and trucks took to the Lincoln Highway. Half of them set off heading west, whilst the other half headed eastwards. They met at Kearney in Nebraska, the halfway mark, for a grand parade - and, no doubt to relive some modern motoring memories of driving along 'America's Main Street'. 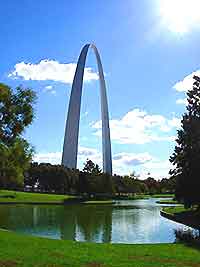 We're all familiar with the plight of endangered animals. We know from TV documentaries that leatherback turtles, mountain gorillas and Sumatran tigers are among the hundreds fighting for survival. I'd hazard a guess, though, that few of us - including me - could name half a dozen endangered monuments. So it came as a shock to read a recent announcement by the New York-based World Monuments Fund (WMF) in which it cites 67 'at risk' tourist hotspots, located in over 40 countries.

On the critical list is the whole of Syria, including Aleppo and the fortress of Qa'lat al-Mudiq. It is hardly surprising; history tells us that in times of political instability, buildings tend not to fare well. As I scrolled down the list, though, I couldn't help but notice that even the USA had a few iconic sites that were seen to be under threat.

When it comes to endangered monuments, two scenarios spring to mind. The first is perhaps the most obvious: some sites are simply struggling to survive because of neglect. The historic city of Bidar in India is clearly crumbling and the Cathedral of Mren in Turkey is showing serious signs of deterioration. In the USA, even the iconic stainless steel Gateway Arch in St. Louis has lost its shine. This mid-20th century construction hasn't been given a proper clean since it was topped off in 1965. Little wonder that today it is being taken over by rust and corrosion. Others, such as the historic town of Sawara in north-east Japan, have fallen victim to environmental disasters.

Less obvious, perhaps, is the threat posed by over-development. The Hudson River Palisades (riverside cliffs), also in the USA, are on WMF's list because of the planned construction in the near vicinity. The new commercial building has the potential to ruin the view on both sides of the river. Venice is under threat, too, not from mammoth-scale buildings but from the arrival of gigantic cruise ships, and the impact they could have on this ancient cityscape.

Whether sites are remnants of an ancient past or more recent reminders of a country's cultural heritage, they have one thing in common: they all need a creative approach to conservation if they are to get off the critical list before it is too late.


EXPLORING ANOTHER SIDE OF THE USA 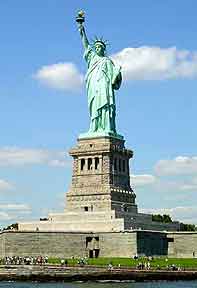 To most non-Americans, the current US government shutdown can appear to be something of a puzzle. If you happen to be a tourist in America at the moment, though, you've probably gone beyond the head scratching stage. Instead, you are wondering just how far your travel itinerary will be disrupted.

With refunds in short supply, you may find that it is a case of having to make the best of a bad situation. Instead, think of it as a chance to explore tourist sites that don't normally get a look-in. True, the Smithsonian Institution in Washington, the world's largest museum complex, has closed its doors for the duration. On the plus side, though, others have kept their doors propped wide open. Among them are a handful of private museums. Right now, the International Spy Museum is basking in previously unheard of popularity. So too is the National Geographic Museum and the National Building Museum. The National Museum of Health and Medicine, which has also managed to stay open, might seem an unlikely candidate for a family day out, but its anatomical collections can't fail to fascinate.

When it comes to iconic American landmarks, again it pays to think laterally. The shutdown needn't necessarily deprive you of visiting New York's Statue of Liberty. True, you won't be able to make the trip to Liberty Island or look inside this iconic landmark. You will, however, still be able to take a Staten Island ferry - as seen on many a Hollywood film - which will take you within a cat's whisker of this fabled statue.

But what if your plans include a trip to one of America's famous national parks? With all 401 National Park Service sites currently closed, getting round the shutdown might be a touch more difficult to arrange. All mule trips in the Grand Canyon National Park, for example, have been cancelled. That said, you can still get to see this most impressive of geological wonders by taking a walk on Skywalk's glass bridge. Owned by the Hualapai Nation, it is unaffected by the shutdown. Likewise, take a helicopter trip and you won't feel like you've missed out on the stunning views.

Once you've decided on an alternative itinerary, getting around the USA shouldn't be a problem. Rail networks and air travel aren't affected by the shutdown. And with many folk choosing to stay at home, you shouldn't be bothered by the usual tourist crowds either.