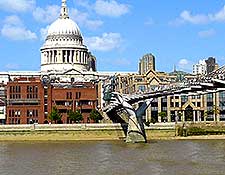 I can clearly remember my very first trip on the London Underground - it was back in the 1970s and an unforgettable experience. Especially when my grandmother, who wasn't quite quick enough to board the train before the doors closed, was left stranded on the platform. Thankfully, we were reunited one stop further down the line. For the uninitiated, the London Underground - better known as the Tube - can be a confusing but exciting experience. For those who use it every day, it is become part of the fabric of everyday life.

This week, the Queen headed to Baker Street Tube Station to enjoy one of a handful of visits to London's Underground. Her first one was back in 1939. This more recent visit wasn't a desire to re-live her teenage underground adventure, but part of a multitude of events planned to celebrate the fact that, this year, the London Underground is 150 years old.

l have to admit that in these health-and-safety conscious days, it is hard to imagine a time when gas-lit steam trains puffed their way through London's subterranean tunnels. Back in January 1863, the first underground train travelled on the Metropolitan Railway from Paddington to Farringdon. It was only a short trip, but it went down in history as being the first underground railway journey in the world. Whilst the original steam train that made the maiden trip no longer survives, a late Victorian steam engine has escaped the scrapyard. Indeed, it has been specially restored for the occasion and took a nostalgic trip back in time earlier this year.

Today, that first stretch of underground line has expanded to cover over 250 miles / 402 km of track. The iconic and much-loved Tube map, which dates back to the 1930s, now includes the Docklands Light Railway and London Overground. In fact, more than half of the system now runs on the surface of the city. Over 1.2 billion people use the Tube each year, stopping at 270 stations and making it one of the busiest city metro systems in the world.

Nostalgic travellers and Tube-devotees can look forward to lots more special anniversary events, including an exhibition of Underground posters and behind-the-scenes workshops. Or they can simply head underground to remind themselves that a century and a half ago, engineers and architects went to some lengths to realize a rather far-fetched scheme that would enable people to travel at speed under the city of London's streets. 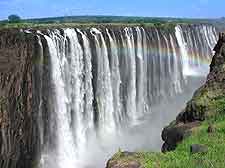 Over the next few weeks and months, don't be surprised if you hear and read those immortal words, 'Dr. Livingstone, I presume?' more often than usual. Next week will mark the 200th anniversary of the birth of David Livingstone, the renowned Scottish explorer who was famously on the receiving end of Henry Morton Stanley's famous phrase when the latter finally succeeded in tracking him down. Livingstone was engaged at the time on a mission to discover the source of the River Nile.

Livingstone's story is quite remarkable. This most-famous of Victorian Scots began his life in a humble cotton-workers' tenement in the town of Blantyre. He didn't start his work as a medical missionary until he was in his late twenties, when he left Britain for Africa. Livingstone ended up spending 30 years there, reputedly travelling over 46,000 km / 28,600 miles, mapping vast swathes of the continent, making numerous medical discoveries along the way, and vigorously campaigning to abolish slavery.

Livingstone was the first European explorer to reach Lake Malawi and to witness the spectacle of the Victoria Falls. In fact, he lends his name to a town nearby. Following his death in 1873, Livingstone left behind the Nyangwe Diary, the secrets of which have only just been revealed to us, thanks to the arrival of cutting edge technology.

Quite rightly, many of this year's planned Livingstone-themed celebrations centre on the Scottish town of Blantyre. Exhibitions are also being held in Edinburgh and Glasgow, along with conferences and lectures to debate the famous explorer's life and works. Memorial services are also to be held in Glasgow Cathedral and Westminster Abbey, where a wreath will be laid in the Abbey's Nave.

And it is not just Livingstone's birth country that is taking advantage of the bicentenary with a year-long programme of celebrations. The town of Livingstone in Zambia has a packed calendar of sports, cultural and musical events, and major festivals, between now and November. There is even going to be a bicentenary bike ride in southern Africa and a trek up Mount Mulanje in Malawi. President Banda of Malawi has been invited to visit Blantyre, a visit that would help to foster links between those parts of Africa trodden by the national hero and his Scottish homeland. Livingstone would surely have approved.


TRAVEL: IT IS GOOD FOR THE SOUL 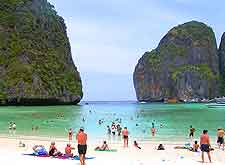 I love to go on holiday and explore new places. I have a few friends, though, who struggle to understand my enthusiasm for the annual two-week trip away or my predilection for the odd weekend break. They mention past holidays when travel turned out to be a nightmare, and hotels expensive and overrated.

For me, travelling is perhaps the best bit of a holiday. There is the fun of planning and poring over maps, the anticipation as you wait for a train or plane, or the thrill of powering down the motorway in the dead of night, en route for an cross-channel ferry.

Then there is the moment when you first step onto the airport tarmac, unload your baggage onto the station platform, or park up the car. No matter how many times I've explored a place using Google Earth, or scoured holiday brochures, nothing quite matches up to seeing that dreamed-of holiday destination with my own eyes. With that 'first-time' experience, horizons are expanded and routines are broken.

In short, then, I've found that travel is remarkably good for the soul. A holiday away from home encourages me to look at the world - and myself - from a different perspective. So, instead of coming back from holiday tired out from a long journey, I'm more likely to fling open my front door with extra relish, full of plans to cook new foods, live life differently - and, of course, decide where I'm going on my next trip away from home.


NEVER TOO LATE TO TRAVEL 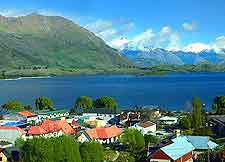 Twenty-odd years ago, I spent a couple of years travelling the world with my partner. We saw the sights and generally got it 'out of our system' before embarking on the grown-up stuff of life. It was a sort of gap year (or two) before work, responsibility and family came on the scene. As we passed through exotic oasis towns in Algeria, we often bumped into an overloaded 2CV driven by a couple in their fifties who proclaimed, quite proudly, that they were never going home. In short, they had no plans to spend their retirement tucked up on the sofa and watching the TV of an evening.

Back then, we thought they were pretty unusual folk. Perhaps even a bit on the eccentric side. These days though, we probably wouldn't give them a second glance. Age is no longer a barrier to selling up, packing up and heading off into the blue yonder. In fact, there is even a term for such mature travellers. 'Grey gappers', as they are known, are generally 50-somethings who decide that it might be a good time to try their hand - a little belatedly, perhaps - at foreign adventuring.

Popular destinations for extended holidays include America and Australia. Camper van tours of New Zealand and trekking in the Himalayas aren't unknown; nor is a spot of philanthropic volunteering along the way. Basically, grey gappers are looking for much the same as their younger counterparts - excitement, a bit of fun, and the joy of discovering new places and new people in far-flung corners of the world.
For most, it is a chance to step out of their comfort zone - although not too far. By all accounts, the main difference between traditional and grey gappers is that the latter prefer to take a more comfortable approach to travelling the world. In other words, it is backpacking but not on a budget.