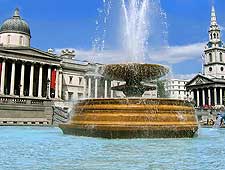 This Sunday, all eyes will be on the 40,000-odd people who will descend on Blackheath in London with one aim in mind - to reach The Mall some 26.2 miles down the road in one piece and as quickly as possible. Since its inception in 1981, the modern London Marathon has become the iconic runners' challenge. Participants have used it to test their fitness and raise millions for charity. But it is not all about the runners. Spare a thought too for the families and friends who face the challenge of tracking their loved ones so that they can give them that all-important morale-boosting wave.

I've done both. In 2011, I ran the London Marathon to raise funds for the Anaphylaxis Campaign. Then, in 2013, I spectated, cheering on my local athletic club friends. I remember being exhausted on both occasions. As a runner, you have to fit in the training beforehand and come up with a game plan for the big day - from what speed you are going to run, to what food and drinks you are going to take on board.

As a spectator, it is just as important to meticulously plan your day. Top of the list is to check out the best vantage points (not Greenwich or the Cutty Sark, which are usually vastly overcrowded). You'll also need to let your runner know exactly where you will be, so that they can keep a look out for you. Then - and here comes the tricky bit - you will have to make sure you get there in time to see them whizz past. This involves a rather swift negotiation of London's streets or a trip on an underground train that is bursting at the seams.

This year, though, the organisers have launched a special app that should make the task a whole lot easier. Using an interactive map, spectators will be able to to track runners in real time. The app even offers predicted finishing times. Which, of course, will mean that you will definitely be there (no excuses) to congratulate the runners when they wend their weary way into Horse Guards Parade, clutching their well-earned medals and goody bags.


SAVING SUDAN - THE LAST OF HIS KIND 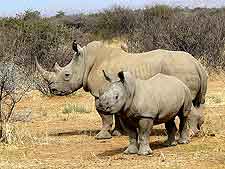 It was sad to read this week that international wildlife experts are battling to save yet another endangered mammal from the brink of extinction. Sudan, the only remaining male northern white rhino in the world, has been put under round-the-clock guard at a reserve in Kenya to ensure his survival.

It is hard to imagine that, 50 odd years ago, over 2,000 of Sudan's fellow northern white rhinos roamed the Earth. Despite successful attempts since the 1980s to bring them back from the brink of extinction, it seems like this may be the end of the road. At 43 years old, Sudan is no spring chicken - in rhino terms, at least. Chances of him successfully breeding with the few females who share his enclosure at Ol Pojeta in Kenya are somewhat slim.

Despite the fact that the odds seem stacked against them, Ol Pojeta Conservancy, the largest black rhino sanctuary in East Africa, are hopeful that the fortunes of this endangered subspecies can be revived. The reserve, which covers a vast area of African savannah, isn't just a centre for wildlife conservation; it is also home to a crack team of rhino protectors who are trained to keep animals like Sudan safe from the clutches of poachers who kill rhinos for the value of their horns.

It seems that, finally, Ol Pojeta's work has come to the attention of the rest of the world - in recent days, their fundraising programme to help train and support rhino rangers has received huge attention and an influx of donations. As to whether efforts to save Sudan and his fellow rhinos have come too late, only time will tell. 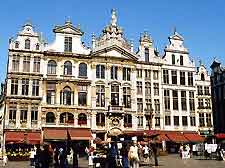 These days, we drive blithely around Europe with barely a thought about border crossings and passports. Yet I can clearly remember a time when queuing at border posts was 'de rigeur'. When showing your passport to a border guard earned you a much-sought after stamp. I collected them with enthusiasm; they were proof indeed that I'd ventured far and wide. Then twenty years ago, all that changed. In March 1995, the Schengen Agreement finally came into force and border controls were abolished in a handful of European countries. From then on, we could get in our cars and simply keep on driving.

Well, it wasn't quite as simple as that. In those early days of the Schengen Area, unrestricted travel was rather limited. Only Luxembourg, Belgium, France, West Germany, the Netherlands, Spain and Portugal joined in. Still, that wasn't too bad, all things considered. Nowadays, though, the Schengen Area extends much, much further, including some 22 of the current EU member states. It is enormous. The furthest distance you can now travel without having to whip out your passport is from northern Norway to Tarifa in southern Spain, a journey of over 3,500 miles.

It would be far too easy to bemoan the lack of passport stamps and the disappearance of barriers that required you to smile nicely (but not too much) at uniformed border guards. There are benefits. It is more convenient for holidaymakers, for a start, and for people who live and work in different countries. Besides, having travelled in Africa, where passing between borders was anything but short and simple, there is a certain satisfaction about breezing down a motorway and switching from 'oui' to 'ja' without even having to take your foot off the accelerator.

Six European countries are still not part of the Schengen Agreement - Britain and Ireland have opted out altogether - so there is always an opportunity, should you wish to take it, to revisit the good old days of passport control.