IN CELEBRATION OF AFRICA 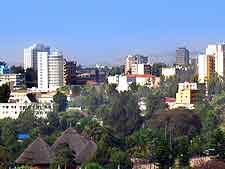 Every year - 25th May, to be precise - millions of people across the globe celebrate Africa Day. This year, though, there'll undoubtedly be more going on than usual because 2013 marks a special milestone in African history. It is the 50th anniversary of the very first Africa Day and the creation of the Organisation of African Unity, now known as the African Union.

On 25th May, 1963, over 30 African leaders came together in Addis Ababa, Ethiopia. They had one aim in mind: to increase cooperation and solidarity between African nations and thus address the many challenges that faced their countries at that time. Poverty, conflict and social upheaval were top of the list.

This year's celebrations take on the theme of 'Pan-Africanism and African Renaissance'. Events in Addis Ababa will kick off an action-packed few days and weeks that include everything from cultural and art exhibitions to African dance performances and traditional feasts.

It is not just African countries that have got a few events up their collective sleeves. In India, this year's Africa Day will be marked by a programme that celebrates the shared futures of African and Indian youth. In Australia, a busy week of festivals and sports tournaments is planned to celebrate the culture and achievements of African Australians. Meanwhile, the citizens of Limerick in Ireland will get to enjoy four lively days that celebrate the most colourful aspects of African culture.


PUTTING TOURISM TO GOOD USE 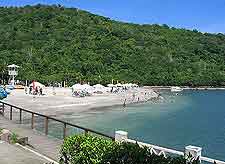 I'm a firm believer in responsible tourism. It is the sort of tourism that doesn't cause damage to the people or places we visit; on the contrary, it helps to create a better world. Thankfully, the World Travel and Tourism Council - WTTC, for short - has been working hard to encourage best practice in the industry for many years. The recent announcement of its 2013 Tourism for Tomorrow awards are testimony to the fact that there are, indeed, some real sustainability heroes out there.

As always, the issues covered by this annual award are wide ranging. Take one of this year's winners - Peaks of The Balkans - as an example. This long-distance hiking trail was set up in the mountain regions of Kosovo, Montenegro and Albania. That is no mean feat when you consider it involves bringing together these once troubled Balkan countries.

For the second winner, we have to look to Palawan in the Philippines, an archipelago that has become a popular tourist destination thanks to its beautiful seascapes, clear blue waters and traditional culture. It is thanks, too, to the role played by El Nido Resorts, who over the past two decades have set up protected marine areas, and helped to improve the lives of people who live and work on Palawan's islands.

Wildlife success stories can be few and far between these days, with news of near extinction popping up on a regular basis. One award-winning luxury South-safari company - andBeyond - has managed to buck the trend, though. Over the past few decades it has actually succeeded in re-introducing animals into the wild and helping to rehabilitate their habitats.

Finally, one of the awards takes to the air. The airline industry doesn't get great press when it comes to sustainability, so it is refreshing to hear about Air New Zealand's work in becoming the world's most environmentally sustainable international airline. It is already managed to reduce its carbon emissions by 15 percent.


A TOUGH RACE IN A BEAUTIFUL PLACE 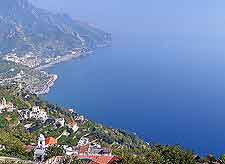 It is May and the Giro d'Italia is in full swing. For the next few weeks, all eyes are on Italy as some of the world's top cyclists battle it out in what is the first of the European Grand Tours. It is a chance for cycling devotees to immerse themselves in the excitement of this famous race, which takes in a few thousand miles of road and has the reputation of being the tougher stablemate of a certain well-known French cycling event. Above all, though, it is a chance to get a view of Italy that is quite simply like no other.

This year, the race route takes in some of Italy's finest scenery. The action has already kicked off in the city of Naples in the south of Italy, with cyclists heading for a stretch along the Amalfi coastline and the most southerly part of the country. Predominantly flat roads add to the race pace, with a few medium-sized mountains thrown in for added excitement.

It is not until the third week that lungs and legs are really put to the test, when the Giro d'Italia heads into the mountains proper. It is here that most spectators are intent on picking up the best action on some of the toughest roads. Among the four monumental mountain climbs are the Tre Cime di Laveredo, a switch-back Alpine ascent to the north of Venice, and the Stelvio Pass, which offers an uncompromising climb for cyclists, but a pleasant view of snowy Italian mountain peaks for everyone else.

Finally, the competitors will get to tackle the long flat final stage through the Veneto plains in their bid to come away with the famous pink jersey. As the northern Italian city of Brescia looms into view, they'll no doubt be some relief to see the approach of the finish line. For spectators and amateur riders who've enjoyed following in the wheels of their sporting heroes, it will mark the end of a truly Italian adventure.


TAKE A RIDE ON THE NOSTALGIA TRAIN 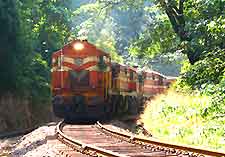 When it comes to unforgettable train journeys, there are quite a few contenders, from the iconic Orient Express to the Trans-Siberian Railway. However, perhaps no rail network has continued to inspire its passengers quite as much as that operated by Indian Railways.

This week, Indian Railways marked the 160th anniversary of its first passenger train, which departed from Bombay (Mumbai) in April 1853 and was pulled by three steam engines. Built by the British as a way of opening up business, over the years the railway has become a staple part of Indian life.

Today, India operates the fourth-largest rail network in the world. Around 17,000 trains transport 18 million people the length and breadth of the country every single day. If you are imagining the nostalgic days of steam trains, you would be mistaken. Nowadays, nearly half of the network is electrified. Those steam engines that do remain are operated as 'heritage services' - trains that have been saved from the scrapyard to give passengers a glimpse into the past.

Of course, travelling by train isn't the most efficient way of getting around India, but it is certainly the most enigmatic, offering something that a budget airline simply cannot. It is an opportunity to take a train ride down memory lane. Train travel isn't particularly swift, so there is also plenty of time to indulge your romantic side. And when you reach your destination, you are far more than likely to have a tale or two to tell.

Classic train rides in India include the Goa Express which, over the course of its 39-hour journey, delights travellers with views of beaches, thick jungle and mountain peaks. The sedate Mandovi Express crosses numerous rivers and bridges, including the highest viaduct in India, and goes underground through a multitude of tunnels before finally pulling into Mumbai. Finally, a trip from Mumbai to Delhi on the splendid Indian Maharaja Deccan Odyssey can't fail to impress even the most jaded traveller.