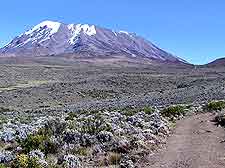 We hear of expeditions setting off to far-away places on a regular basis these days. Some people attempt to circumnavigate the world on bike - others try to run the distance. Two British teachers set off last year in a tuk-tuk and have managed to make their way across 37 countries. One and all, they are epic journeys that require courage in bucket lots and the ability to endure. But it is not often that we get to see a true old-school adventurer in action. Especially one that is prepared to navigate the length of the Nile - the longest river in the world - all on his own.

British explorer Levison Wood is expected to take a year to complete the 4,250-mile / 6,840-km journey and thereby add his name to the record books. Several years ago, the Nile was navigated right up to its source. However, the expedition involved a team of people, complete with their own transport. Wood will get back to the basics of exploring by attempting the journey on foot.

The trip, which starts this Sunday, will take him from the river's source in Rwanda, Tanzania, Uganda, South Sudan and Egypt, and finally to Alexandria and the sea. He'll encounter tricky terrain and even trickier weather as he dodges the rainy season. He'll also have to navigate in remote deserts and areas of civil unrest.

Wood, is no enthusiastic amateur. Like many an adventurer before him, he's a full-time explorer and a Fellow of the Royal Geographical Society, based in London. He's got an impressive track record of going where some of the greatest 19th-century explorers have gone before. It is a feat of endurance that he hopes will raise the profile of current issues in Africa. Above all, he wants to inspire other people to set off on their own adventures - whatever they may be. 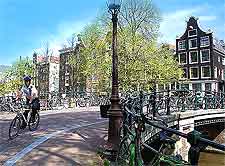 Picture this. You're on holiday in some far-flung city and you've got a few hours to spare. It occurs to you that it would be great to see something of the said city, but on foot, you know that you are not going to get very far. If only you had a bike, you could whizz around in no time at all. The trouble is that city cycling doesn't exactly have a good image. Particularly not at the moment, with cycling fatalities on London's streets reported as being at an all-time high.

Of course, when it comes to cycling, not all cities are equal. Amsterdam is widely regarded as being one of the safest places in the world to take to two wheels. Here, it is not so much about cycle lanes as being more 'cycle aware'. In a country where most people ride bikes, it is thought that accidents rates are lower because car drivers are better at anticipating the behaviour of cyclists. It is not a perfect system by any means, but it seems to work. Which is why lots of tourists in Amsterdam choose to take to two wheels to do their sightseeing.

Berlin doesn't immediately spring to mind as a cycling-friendly city. Yet, the fact is that the German capital has made a huge effort towards making its roads safe in the past few years. Most of the main highways have cycle lanes and there are even some special traffic lights that give cyclists a head start when the lights turn green. What is more, it is easy enough to get hold of a trusty stead in Berlin; there are plenty of bike shops and 'Call a Bike' stations can be found all around the city.

Even traffic-clogged New York City has become much more cycling-conscious over the past ten years or so. The introduction of the Citi Bike in June, has been favourably received on the whole, with bike stations in areas below 60th Street in Manhattan. It is early days yet, but the scheme is set to be rolled out in other areas, such as Brooklyn.

Tolerance of cyclists and cycle lanes certainly seem to be key factors in making a city 'cycle-friendly'. If I was planning to sightsee on two wheels, though, I'd check out something else, too. Amsterdam, Berlin and New York are, of course, all pretty flat, making pedalling so much easier. 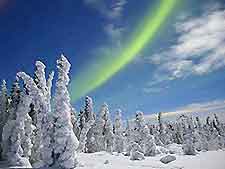 If you've always dreamed of seeing the Aurora Borealis, you would better act quickly. Last year was pretty good, but this winter is promising to be even better. It is even being mooted that it'll be the best one for a decade. Solar maximum activity is expected to reach a peak in December, giving visitors the best possible chance of having their dreams come true over the coming weeks.

Much mystery surrounds this night sky marvel. However, what seems to be the case is that something called 'solar flip', and increased cosmic rays and solar flares are all trusty predictors of particularly stunning Northern Lights.

Tour operators haven't been slow to take advantage, adding extra days to their Northern Lights calendars. Most of these holidays are based in Iceland, Lapland, northern Sweden or Norway, as well as northern Canada and Alaska - all widely regarded as being among the best places to aurora watch. Usually, there are opportunities to try out other activities, too - like a spot of dog sledding or igloo building - while you are waiting for the night sky to be illuminated in all its glory.

For cash-strapped tourists, aurora chasing in far-away northern climes may seem an impossible dream. There are other ways of getting to see them, though. In particularly good years, and when the skies are cloudless and pollution-free, you can even catch a glimpse of those iconic neon green and red lights closer to home. The Shetland Islands, which hang off the northern-most coast of Scotland, have enough latitude to paint the sky some pretty dramatic colours given half a chance.


HEADING OUT ON THE LITERARY HIGHWAY 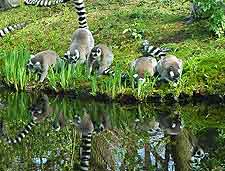 Some interesting travel trends were revealed at this week's World Travel Market exhibition in London. One of them was that a growing number of families are choosing to spend their annual holiday on safari in Africa. It is a trend that isn't entirely the result of clever marketing. Many folk in the travel industry think that it is mainly down to the success of such films as Madagascar and the Lion King.

There is no doubt that films can be powerful forces when it comes to influencing people's choices of holiday destination. So, too, can books. I'm currently reading a weighty tome called 'Shantaram', written by Gregory David Roberts. It recounts the author's story of his time in Bombay - now Mumbai - as an escaped convict in hiding.

Of course, whilst Roberts' account comes across as being factual, it is heavily fictionalised. Nonetheless, I couldn't help but feel drawn towards visiting the India he brought to life on the printed page - from the narrow lanes of the city to the crowded bazaars. Should I ever make it to Mumbai, I could opt to take a 'Shantaram' tour, which features some of the places mentioned in the novel and enjoy a drink at Leopold's, the atmospheric café-bar frequented by the book's main character, Lin.

Once you get started on the literary highway, it is hard to stop. Next year, I'm heading off to Edinburgh, where surely it'll be hard to resist the lure of Ian Rankin's crime novels, which bring to life a grittier side of this historic city. First stop has to be the Oxford Bar, a pub where the fictional Detective Inspector Rebus enjoyed a spot of whisky and pint of IPA ale.


A TRIP DOWN MEMORY LANE 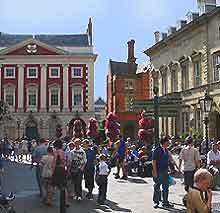 Thirty years ago I arrived in the northern English city of York as a fresh-faced undergraduate. I had chosen to study at the university there because, quite frankly, I couldn't imagine a better place to live. Last weekend, I revisited the scenes of my youth with a dear friend from the old days. Together, we picked up where we had left all those years ago - and discovered that, in the intervening years, this venerable city hadn't lost any of its charm.

That is not to say that time has stood still. The University of York has changed enormously. A whole new campus has sprouted up on the fringes of the old one. As you would expect, names have changed and the landscape has grown up around its central lake. Plus, it is difficult not to approach the place with older (and hopefully) wiser eyes.

A stroll from the village of Heslington into town via Walmgate Bar brought us to the heart of the city. Packed with reminders of its historic past, York remains the tourist magnet that it ever was. As a student in search of groceries, camera-toting visitors were an ever-present nuisance, to be skirted round on bicycles with much huffing and puffing. Now here we were as tourists ourselves. Needless to say, we didn't dwell too long on the students who we were, no doubt, annoying.

A trip on an open-top double decker bus gave us a great overview of the city and its many gates, including Bootham Bar and Monk Bar. Sitting up high above the crowds, we cruised past the Cathedral, reminisced about visits to Clifford's Tower, and enjoyed the bus's running commentary about the statue of the railway impresario, George Leeman, outside York railway station.

We didn't linger in the York Chocolate Story, a newish addition to the city's tourist attractions, although that was down to lack of time rather than interest. The smell of melting chocolate alone was hard to resist. Nor did we get to wander over to the Jorvik Viking Centre or walk York's famous Walls.

In fact, there was just enough time to pop into Browns, one of York's best-known department stores and marvel at the queues outside Betty's Tea Rooms, an establishment that is served afternoon tea and cakes since the late 1930s. That particular pleasure will have to be saved for our next trip down Memory Lane in ten years' time.