FAMILY ATTRactionS AT THE NEW FOREST 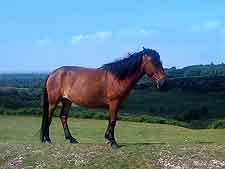 I'm fortunate enough to live near the New Forest in Hampshire, England. It seems as soon as you leave Downton and turn around the corner, urban life vanishes in literally seconds. Ponies crossing roads becomes the norm, but you have to be very careful of them when you drive past, because they seem to be oblivious to the cars going by.

Brokenhurst and Lyndhurst are the main towns and are the best places to look for accommodation, although Lyndhurst is rather prone to congestion when there is weekend and holiday traffic, because it is something of a bottleneck. Not far from Brockenhurst are the seaside towns Lymington, Milford on Sea, Barton on Sea and Highcliffe, all of which are near Christchurch and within driving distance of Bournemouth. Highcliffe is a particularly appealing and slow-paced town, favoured by retirees.

One of the best family themed attractions within the New Forest is the Beaulieu National Motor Museum. It's fascinating to see old cars, such as the orange car, the Cadbury's creme egg car, and of course the Only Fools and Horses three-wheeler, as well as the amusing Top Gear exhibits. Those watching the Top Gear presentation will likely enjoy the part where the presenters say 'We would have liked to be here with you, but we just couldn't be bothered!' Another enjoyable aspect of Beaulieu is the futuristic-looking monorail that transports its passengers above the museum, enabling you to get a bird's eye view of all the cars below. Beaulieu is perfect for a family outing and can easily fill an entire day. 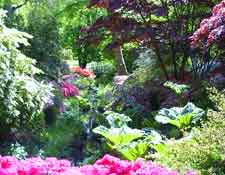 As you go further down the road from Beaulieu, you soon uncover the unexpected wonders of Exbury Gardens. I would particularly recommend going there in the late spring. This is because the azaleas and rhododendrons will have freshly bloomed and be looking gorgeous. If you go there in the late spring, then be sure to bring a camera. The gardens of Exbury have lots to offer visitors, including a ride on its traditional steam train. On route you can spot lots of little hidden surprises, such as random sculptures and a large lily pond. As well as the steam train, there is also a buggy ride that takes you all around the gardens, and as you are chauffeured along the pathways, you learn some interesting facts about the gardens.

If you are a fish fancier, then consider going to the New Forest Koi Farm at Sway. They sell ornamental koi carp ranging in price from 50p for the tiddlers to over £1000 for the friendly giants!

Another worthwhile destination within the boundaries of the New Forest is Bucklers Hard, a great place for a picnic lunch with beautiful waterside views of the Beaulieu River. Bucklers Hard is a very interesting hamlet and it comes with lines of historic Georgian cottages, as well as a lengthy ship-building past. In fact, ships for none other than Admiral Nelson were built here many years ago, using timber from the New Forest itself. Again, like the aforementioned Exbury gardens, you should bring a camera to capture some very lovely pictures.

Overall, the New Forest is an amazingly beautiful national park containing charming towns, interesting villages and tiny hamlets, all of which can be explored by car, bus or bicycle.


QUIET CORNERS OF THE COMMONWEALTH 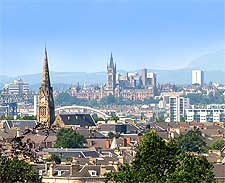 With the Commonwealth Games now in full flow, I'm still mulling over the Opening Ceremony that took place on Wednesday night. Most of the countries that paraded round Glasgow's Celtic Park were familiar names; but there were some among them I really hadn't heard of before. It made me realise that, while we think we know so much about the world today, thanks to air travel, the Internet and TV, there are still some places that have escaped our attention.

Among them are places like Tuvalu, situated just north of Fiji and once known as the Ellice Islands. So far, this unspoiled corner of the world has kept a relatively low profile, with tourism playing a relatively minor role in national life. All this is changing, though, with more and more visitors being drawn by Tuvalu's reputation for peace and quiet. And who can blame them.

Just as small is the tropical island of Nauru. Hidden away in the western Pacific Ocean and surrounded by coral reefs, Nauru has a population of just 10,000. A circular trip of the island takes an hour. It really is tiny. Unlike Tuvalu, however, tourism is less likely to feature on Nauru's agenda because of the environmental damage caused by years of phosphate mining. That said, Nauru has managed to earn itself a rather different reputation - as the strongest of all the Commonwealth nations - with weightlifting a particularly popular leisure activity for the island's inhabitants.

I'd certainly heard of the mutiny of the Bounty, an event that took place off the coast of Australia, and which lives on in many a school history lesson. What I didn't know was that the Territory of Norfolk Island still has a close connection with the mutineer himself and his fellow Pitcairners. Many of the inhabitants (all 1,600 of them) are said to be Fletcher Christian's distant relatives; some still speak the native Norfolk language, derived from the mutineers themselves and their conversations with their Tahitian wives. History aside, Norfolk Island has a national park with some stunning scenery and fascinating bird life. It is even said to be home to some of the tallest tree ferns on the planet. All good enough reasons, I'd say, for curious travellers to venture to the other side of the world.


THE TRANSformATION OF A LONDON ICON 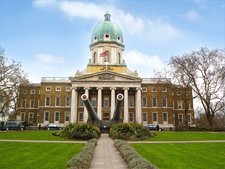 It is with much excitement that I read of the reopening of one of London's top tourist attractions this weekend, after a lengthy period of refurbishment. Of all the capital's museum's - including the British Museum and the Natural History Museum - the Imperial War Museum is one of my favourites. For one, it has always succeeded in capturing the imaginations of every single family member. And when you enter through its doors, time just seems to miraculously disappear. Before you know it, it is time to head off home.

Its reopening is particularly timely; the museum, which was originally based in Crystal Palace, opened in 1917, at a time when the First World War was still being fought. Right from the beginning, it was intended to serve as a reminder of what 'total war' could mean to a nation and its citizens. So, it is fitting that the reopening, which will take place this weekend, marks the start of the centenary of the First World War.

The new-look museum features a dramatic atrium, complete with some seriously large exhibits, including a Spitfire, a Doodlebug and even a GR Harrier, better known as a Jump Jet. There is also a new First World War gallery, which has on display lots of items that featured in both on the home front and the fighting front. This time round, there are plenty of accounts of the war by those who fought and lived through them. By all accounts, there are also an extraordinary number of interactive exhibits, which always help to keep the kids entertained and interested.

The transformation of London's Imperial War Museum also includes two more galleries that feature exhibits from the Second World War and more recent conflicts, as well as a new cafe and several shops. And although building work has stopped for now, in the next few years, more galleries are expected to follow. I can't wait.


A MEGA MALL OF THE FUTURE 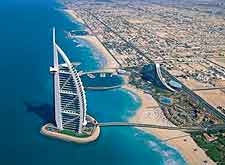 I'm an 'outdoorsy' sort of person. I like fresh air and nature. So, as a rule, a trip to the nearest large shopping centre tends to fill me with dread rather than excitement. When I read a recent news report about plans to develop the world's biggest temperature-controlled mega mall, I almost skipped over it, thinking that it definitely wasn't for me. Then I read the details and, I have to confess, the prospect of a 'Mall of the World', as it is being described, does indeed sound rather intriguing.

The city that has put forward the plans is none other than Dubai. In recent years, it is grown to become a popular tourist destination. Visitors are drawn to the place by the surrounding desert and the retail opportunities that abound here. The Dubai Mall, for example, is currently the world's largest shopping mall, with around 1,200 shops. It currently attracts in excess of 65 million visitors every year. The new mega mall will be connected to a theme park and theatres, and will house around a hundred hotels. It will also offer over four miles of climate-controlled streets or 'promenades'.

The project is bold, to say the least. It is been described as Dubai's answer to other iconic shopping streets of the world, including Oxford Street in London. What makes it different from other malls is all that climate control technology. It is hoped that it will be enough to persuade those tourists who would normally be discouraged by the sweltering summer temperatures in the Persian Gulf to visit all year round.

If you are a shopaholic, don't get too excited, though. The mall is still very much at the early planning stages. It'll be a fair few years before it gets to see the light of the Dubai day. 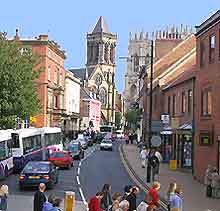 Usually at this time of year, Wimbledon takes centre stage. This year, though, I'm prepared to tear myself away from tennis on TV to watching a very different sort of sporting contest. On Saturday, the Tour de France comes to a corner of England. Yorkshire, to be more precise.

Since the Tour began in 1903, it is made occasional forays into foreign parts. The last time was in 2007, when it strayed onto the roads of Kent. So, this year's Grand Départ is something special. The first leg sets off from the city of Leeds, before it heads through such northern delights as the market town of Masham, and finishes in the historic spa town of Harrogate. Leg two runs from tourist-friendly York to the gritty northern city of Sheffield. It is on this leg that the riders will have to spin their way up the steep Holme Moss Hill in the Peak District. Leg three starts in Cambridge, wends its way through Essex, and comes to a spectacular halt in London. From then on, it is back to the traditional Tour roads of France.

Of course, there is more to the Tour than just a lot of professional cyclists riding very quickly. The race will be preceded by a 180-vehicle 'caravan' of lorries and cars that make up the infamous Tour de France procession. Sweets will be thrown; souvenirs will be distributed by sponsors. For a couple of hours, crowds of spectators will be kept entertained while they wait for their cycling heroes to zoom past at alarming speeds. The weekend will feature a host of French-themed activities, with a lot of cycling thrown in for good measure. In Cambridge, spectators are being offered an extended Big Weekend of free entertainment.

If the sun shines, it'll be a weekend to remember. In the meantime, the arrival of the Tour in Britain has another agenda. There are plans for an annual Tour of Yorkshire cycle race, which would mean that some of the world's top cyclists may once again get to enjoy the delights of northern England sooner than they think.